Project-Zero: Figured out what was wrong with the right rear suspension.

I've been having some issues getting the right rear suspension put together. The upper and lower control arms just wouldn't line up correctly with the upright. It was a very perplexing issue to encounter but it's getting sorted out now.

I after shooting photos back and forth with Richard at GBS we're pretty sure we know what's going on. First, there's nothing wrong with the mounts on the chassis. That's a huge relief. Second, there's nothing actually wrong with the dimensions of the upper control arm. It turns out I was sent two left upper arms, one of which has an incorrect shock mount bracket denoting it as a right side control arm.

GBS's Ford-style upper rear control arms are the same part left and right, just flipped over with a different shock mount bracket welded on; right-and arms have a notch on the shock mount. Flipping my right-hand arm over proved a notched bracket had been welded to an arm jigged up in left-hand orientation.

I've got a hypothesis for what happened. When GBS produced a set of Ford-style upper rear control arms, a notched shock mount was accidentally welded onto a left-hand arm. After powder coating, the arm was placed into inventory as a right-hand arm because of the notched bracket. It was just dumb luck that the wonky arm was pulled from inventory for my Zero kit.

I'll consider the issue closed as soon as I've got a new actual right-hand arm bolted up to the chassis. (GBS should be shipping it out to me on Monday.) 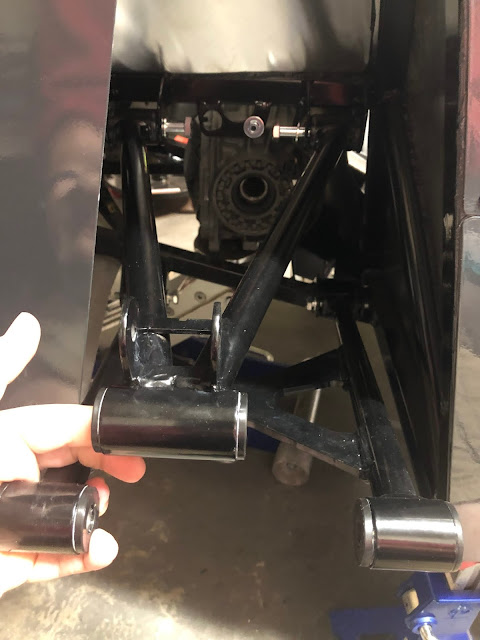 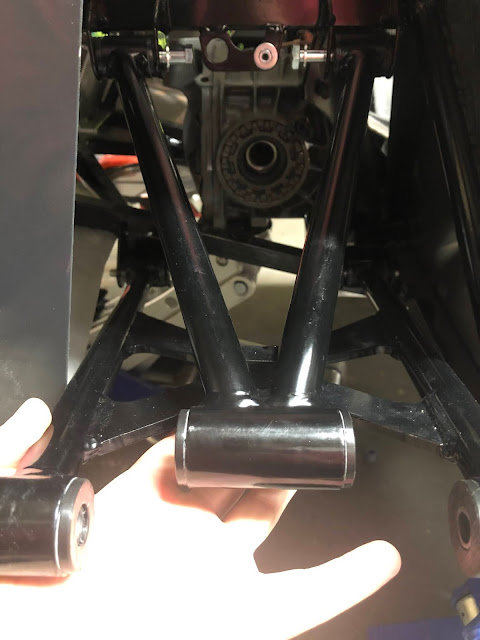