I ordered my GBS Zero without any instrumentation since I planned to use an integrated dash like the AIM MXS. (Which I have, and will be installing on the car.) Problem is that having not ordered the instruments I'm somewhat flying on my own for wiring up the dash indicator lights and fuel level sender in a way that's useful.
Fuel level will go into the AIM MXS on one of the analog inputs. To make that happen I needed to build cable with a pull-up resistor between +5v and the signal. (AIM have a good description of it in this PDF.) I fabridoodled it out of a 1.8K ohm resistor, some 26ga stranded wire, a Binder 719, and a couple of crimp-on Faston terminals. (Some cable sheathing, HST, and labeling for the good measure.)
Fabrication of the cable is pretty straight forward even if made a little annoying by the very tiny size of all of the components involved.  I would recommend that you do this in work space with tons of light and probably a good magnifying device.
Step 1 - Preparing the resistor. Life is a lot better when you prep the resistor by wrapping/soldering leads onto either end, then sealing it in heat shrink tubing. Then it's as easy to work with as a normal wire when integrating it into wiring harnesses such as with this pull-up circuit. 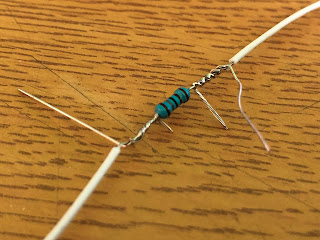 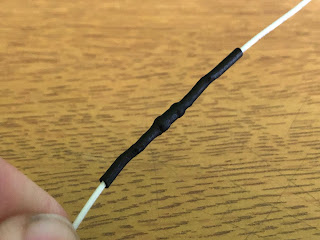 Step 2 - Splicing the resistor into the signal line. In this installation, yellow will be the analog signal that has to be referenced vs +5v from the AIM dash via the pull-up resistor. To make that happen, we can need to bridge the power pin and the signal pin which is just a simple matter of splicing the one resistor lead into the signal lead.  This isn't the only way to do it, it's just the way I learned to do it and it's kind of a pain on such a small stranded wire but I made it happen.  Basically, you need to expose a portion of the wire you're splicing into, work a pick through the strands to make a hole. Then you insert the new wire through the gap you've created in the strands and wrap it around to form a mechanical hold.  Then touch it with a lick of solder and cover it in heat-shrink. 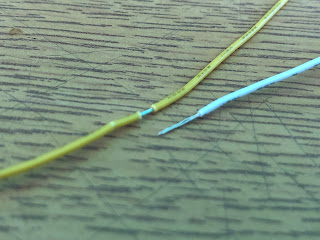 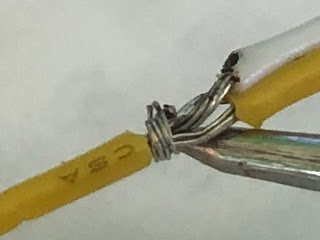 Step The Rest - The rest of this is pretty straight forward, I won't go into detail about it.  Just pre-tin the connector and wire leads, that will make things go much smoother.  It's also a good idea to think about labeling and cable sheathing while you're at it. 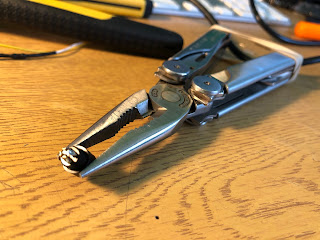 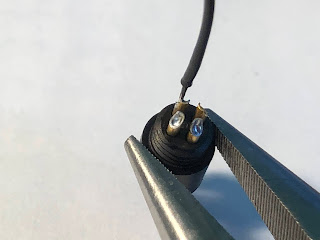 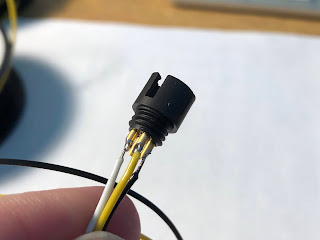 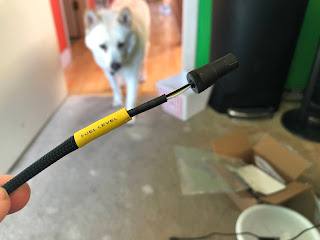