Not that long ago I built an alternator exciter/charge warning indicator for the Zero.  I thought I would follow that up a bit.

The idea is that you want to have a way to 1) excite the alternator field so that it actually charges at idle and 2) have something that will tell you when the alternator is putting out less juice than it should be.

The circuit itself is very simple and has been used in cars since the invention of alternators.  basically, you you create a circuit with a diode and a resistance load that connects the positive terminal of the battery with the positive output of the alternator. 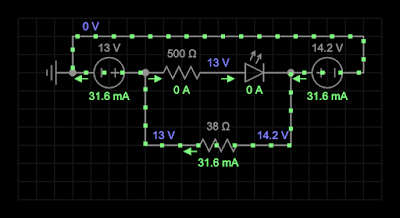 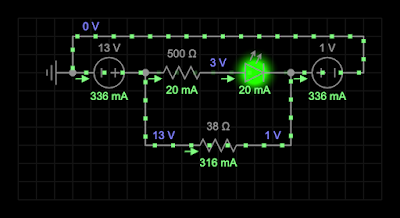 My particular circuit uses an LED because...well...the circuit required a diode so why shouldn't it do double duty?  You can make the exact same circuit using an incandescent bulb but...why?  Anyway, I've included diagrams of an incandescent version of the same below. 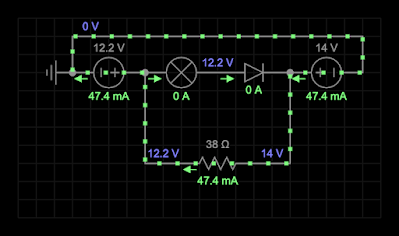 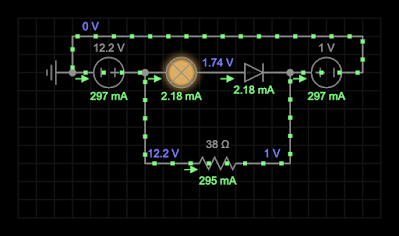