It's been a minute since my last update.  Haven't gotten a ton more progress in but there are a few updates.

The drive shaft is installed and fits perfectly. Discovered that the bolt pattern on the diff flange isn't square, small pain in the ass. Unfortunately I'm going to have drop the diff at least once more to sort out some bushing issues.  Future me issue, though.

The lower ball bushing provided by GBS is too big for the NC 5-speed transmission. Needs to be replaced with a slightly smaller bushing for 1990-2014 5-Speeds. I've ordered a new bronze bushing from 5X Racing...because why order a cheap-o plastic bushing when you get a trick machines bronze bushing instead?
When tightened down to the correct torque, the shifter ball binds up making shifting impossible. The difference between binding a moving smoothly is just a couple of lb/ft of torque on the screws. A compressible shim made of FelPro 3060 1/32" (.03125"/.79mm) fiber-rubber gasket material should fix that.
Windshield

Installed but I cracked the glass in the process, all of the local autoglass shops I've called have laid off their custom glass guys due to the downturn in business in the Virus Timeline. I'm punting this down the road to be a problem for FutureMe.

The Individual throttle bodies are are now permanently bolted to the car without any dramas. One of the header bolts is super short, I ordered a 50-pack of M8x1.25x12mm socket head screws from McMaster-Carr. It would have been really nice if GBS had machined the throttle body flange to accept the OEM Ford O-rings.

Part of fitting up the throttle bodies included plumbing up the high pressure fuel system. I found that, again, PastMe did me a solid by ordering a crap-ton of fuel injection clamps.  Go me!

I've gotten a little further on that test fitting the header, it's pretty much bolted to the car forever, now. PastMe did PresentMe a solid, preemptively ordering M10x1.5x22mm flange head bolts last month that thread into the head smoothly. I think the issues had was due to the aluminum coating on the bolts I'd done the test fit up with. 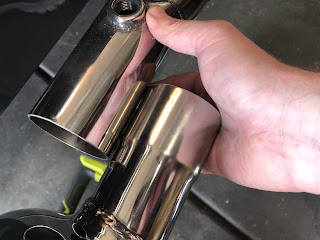 The silence is also now installed on the car. I needed to shorten the header's outlet pipe by about an inch to get the silencer to fit. There's a chance that I'll need to trim it up just a little more but for now it's good!

Laying out the engine harness things pretty much line up where they should but there are some small issues to work out. 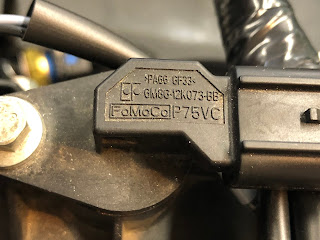 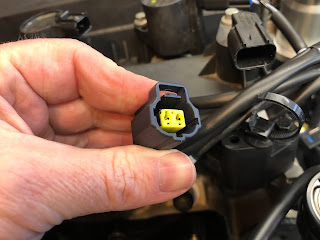 The 2.5L engine that I have came with a three-pin cam position sensor, the Emerald ECU and engine harness are setup for a two-pin sensor. Sourcing the correct sensor (DENSO 1966020) is the easy button fix. Snapped up the matching connector as well just to make sure I've got the correct harness connector for the sensor.

The harness also has a two-pin Deutch DTM connector for the VVT solenoid that's 100% incompatible with solenoid on my 2.5L. Fortunately I've kept the original engine harness so I'd have any odd-ball connectors on hand for situations just like this. I can either splice the OEM connector onto the Emerald/GBS harness or build a small patch harness. 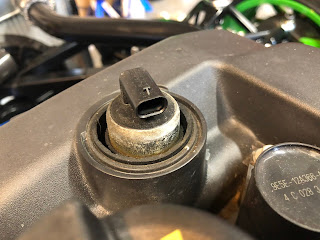 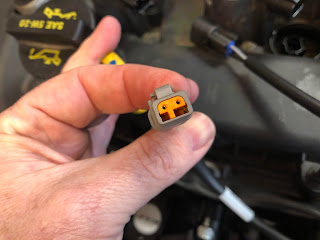 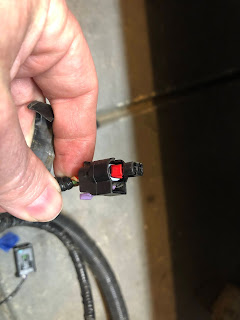 There are a bunch of parts that are currently in flight for my build.
From GBS I'm still waiting for the left hand drive alternator bracket and parts, oil filler cap kit, and water pump inlet. All of these parts have been shipped but it took a ton of time for them to get here. It took a long time to get the bracket, GBS had to source ethical free-range aluminum from which to machine the part and then send it out to a small batch artisanal powder coater for finishing.

From Summit Racing I'm waiting on some SAE J30R7 hose, clamps, barbs, and sensors. The hose clamps and barbs are for the PCV/valve cover breather/catch can setup. The O2 sensor is just a generic heated four-wire unit that should place well with the Emerald K6 ECU.

Over on the Amazon side of the equation I'm waiting for some more hose and a couple of 12mm check valves. The hose is 8mm clear silicone tubing to plumb up the expansion tank. The check valves are are to splice in-line with valve cover breather.
By ショーン at December 27, 2020