UPDATE: I WAS HELLA WRONG!

Hypothesis: The voltage mapping is wrong for this sensor putting it outside of the readable ranges. 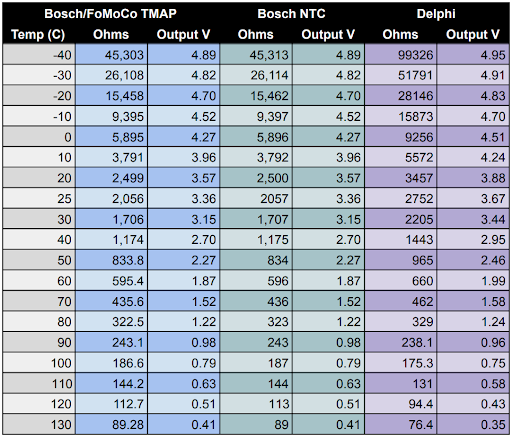 Since the Bosch/FoMoCo TMAP and Bosch NTC have practically the same mapping, it's safe to assume that as long I can read a resistance across the pins it should be good to use this sensor.  It may be the case that there's a wiring issue in the loom that I'll need to track down but a good test will be to try with a different sensor first, since I have a Delphi sensor just chillin' out, I can plug that in to verify that the wiring is good.
By ショーン at September 16, 2021