TL:DR - Bought a set of Sena Tufftalk-01 earmuffs like I should have from the start. 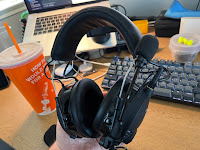 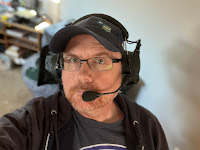 Back in April I MacGyvered a set of ear defenders with a motorcycle intercom for a bit of hearing protection, music while driving, and phone comms.

After a long-ass day in the saddle on a road rally using the hacked together ear protection/comms system I threw them to the side and bought what I should have from the start, the Sena Tufftalk-01 earmuffs.

I've done a few long drives with these earmuffs now and have to say, they're pretty great.  They're much better at blocking out sound, there's almost zero wind-noise generated by the headset itself, the sound quality is decent, and the sound volume is enough.  They make driving the zero so much less fatiguing.

I've found that the battery last a VERY long time and they come with two of them.  Swapping the battery is a very simple matter.  The battery can be charged when installed in the headset with a USB charger or you can use the included dual-gang external charger.

I like these so much that I find I use them a lot around the house and while I'm working in the garage, not just when I'm driving the Zero.  They are absolutely worth the price of admission, in my opinion.